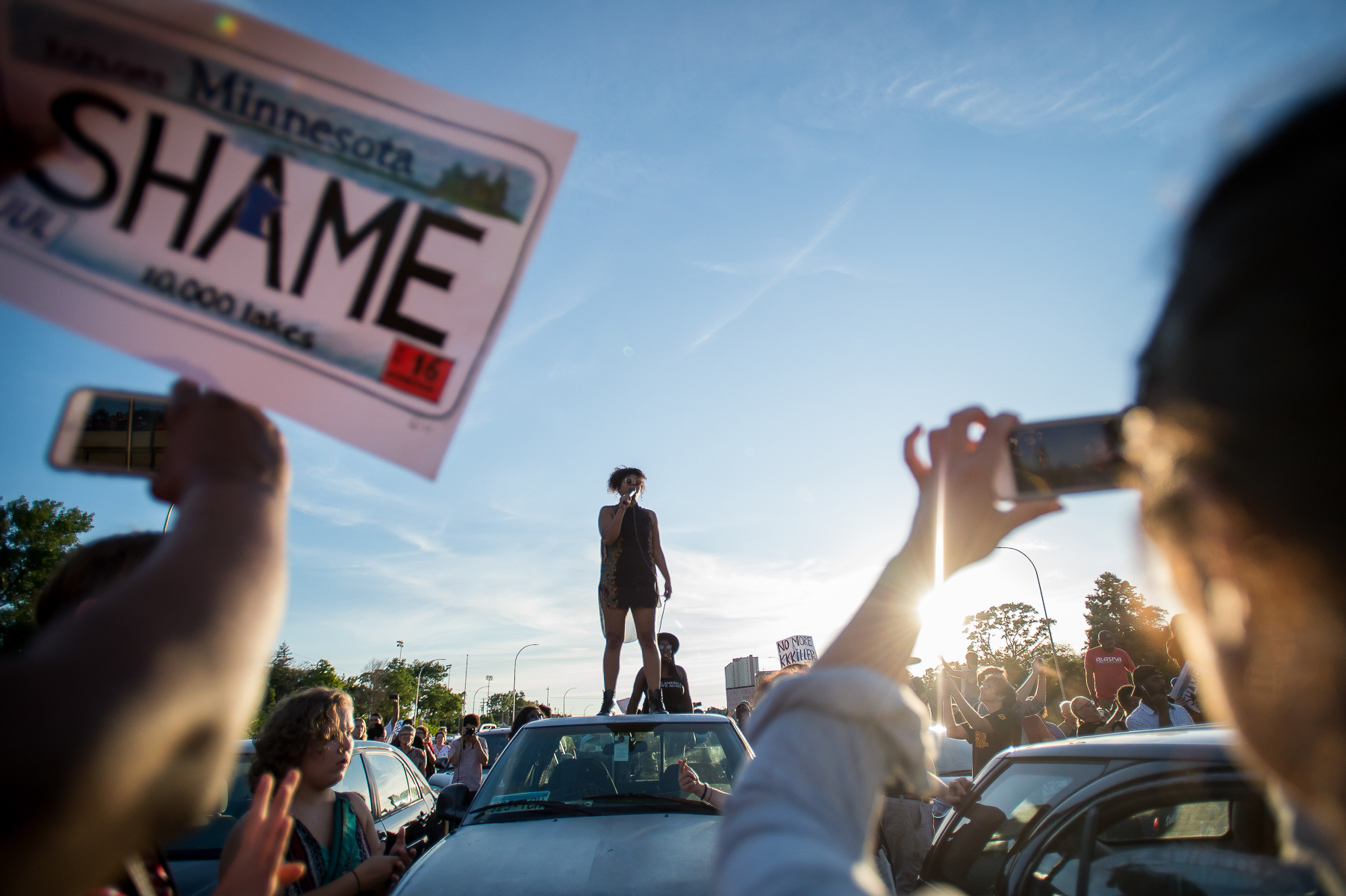 Mica Grimm speaks to a crowd of protesters that marched onto the freeway, shutting down Interstate 94 in St. Paul, Minnesota, USA on July 9, 2016, for several hours. Demonstrators marched in protest of the police killing of Philando Castile. On July 6, 2016, Philando Castile was shot and killed by a police officer during a traffic stop in Falcon Heights, MN. His death was broadcast on Facebook live by his girlfriend, Diamond Reynolds. The event sparked protests nationwide.