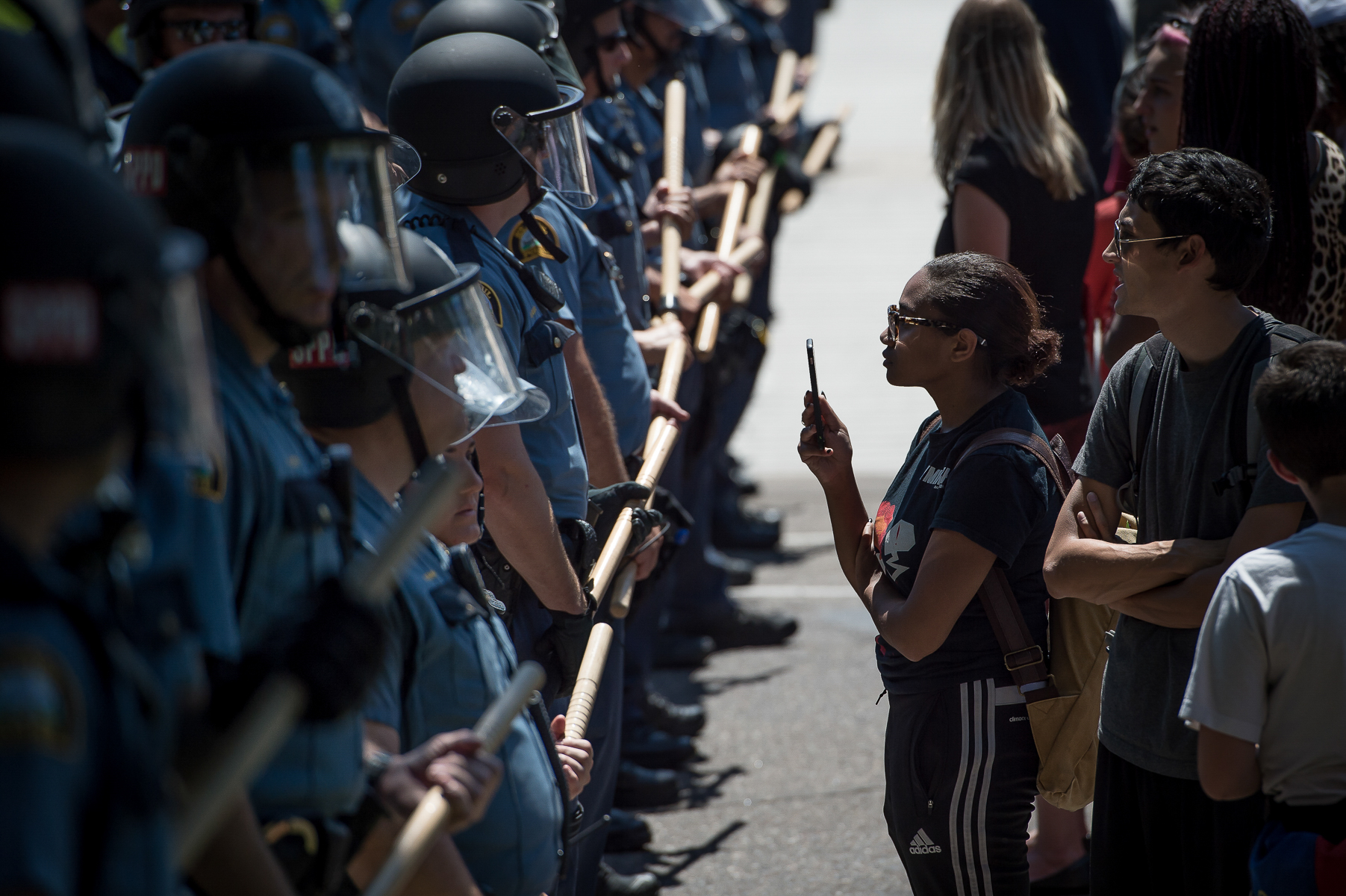 Equipped with just her phone, a protester documents a standoff between police and protesters after law enforcement removed protesters from an encampment outside the Governor’s mansion in St. Paul, MN on July 26, 2016.

On July 6, 2016, Philando Castile was killed by a police officer during a traffic stop in St. Paul, MN. For over two weeks, community members held rallies and occupied the space outside the Governor’s mansion in protest of another police killing of a black man. On July 26, law enforcement removed the protesters from the occupation.